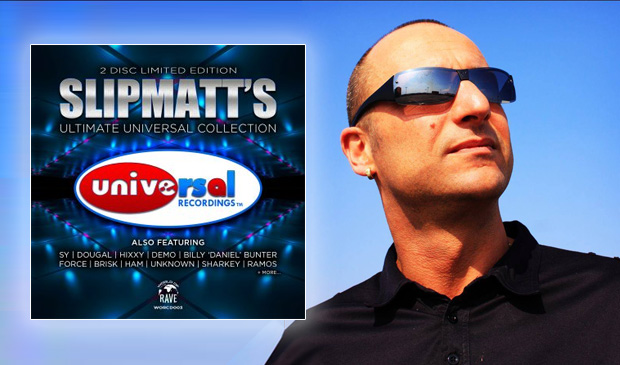 In early March of this year hardcore legend DJ Seduction launched a Kickstarter campaign for a new music project titled "Back to 91-93". The project promised 10 fresh tracks in the style of the early Impact releases available on either vinyl or WAV. Now, with 160 backers (at time of writing) and only ten days to go, the project is confirmed to be going ahead and aims to deliver in time for Christmas.

Seduction's hardcore credentials and contribution to the scene are matched by few having been co-promoter of Hardcore Heaven and United Dance, owner of Impact Records and the producer of some of the greatest anthems of the genre. This is an exclusive project for fans of 91-93 hardcore that is sure to sell out and deliver on Seduction's promise to create the "kind of music that made this golden era of rave so special".

Places are limited and once it's gone it's gone - at the time of writing there are only 13 WAV packs and 9 vinyl packs available.

With just over a week left to get behind this exclusive project we managed to squeeze in a few quick words with the man himself...

What can you tell us about the new project?

The project is called 'Back To 91-93' and will consist of ten brand new and exclusive tracks produced by me, and made in the original hardcore style of the early nineties. The formats available will be all tracks on multiple 12" vinyls, and/or all tracks as digital WAVs/MP3s. There are also options for stems, samples and midi files for music producers.

So how would you describe the sound you're aiming for?

I'm going for a really authentic sound, so the tracks will sound very much like music from this era. Very similar to the first ten to fifteen releases on Impact Records - rugged breaks, stabs, sub basses, pianos, catchy vocal hooks - all the ingredients that make this style of music so special and unique.

Do you have your own favourite Impact tracks?

Have you already started working on the project?

Yes, I've started work on the first track which is half finished and sounding great! I'm creating the tracks using a mixture of hardware and software, but I'm leaning more towards hardware for the more old skool flava.

On the Kickstarter page you mention "bonuses" - what might people expect?

Not sure exactly what these will be right now but there will definitely be some additional goodies thrown in.

You're making the stems available - would you like to see remixes of the tracks?

That would be great to hear what people come up with should the backers of the producer packs want to have a crack at a remix.

You've already surpassed the goal on Kickstarter - what do you think of the reaction so far?

I'm overwhelmed with how much interest and support the project has received. If I'm honest, I didn't think it would hit target and go ahead, so to be pushing towards 150% now is amazing! A massive thanks to everyone who has supported me and got behind this!

If people reading this have not heard about the project can they still back it?

Yes, there are some spaces left, but not many. The campaign ends on May 7th so not much time left for people to come on board.

Is this something that will be available in the future?

For more info and to get involved check out the video below or visit Seduction's "Back to 91-93" project on Kickstarter.