If you were raving in the nineties then you are almost certainly familiar - whether you realise it or not - with the work of acclaimed London-based artist Junior Tomlin.

Junior Tomlin is responsible for some of the most recognisable and iconic imagery of the early rave scene having produced flyers for Telepathy, Dreamscape, Slammin' Vinyl, One Nation, Dream Odyssey and Ravealation among many others...

Junior's airbrush technique and futuristic stylings saw him labelled "the Salvador Dali of Rave" and to this day Junior Tomlin flyers are considered collectors items and highly sought after. 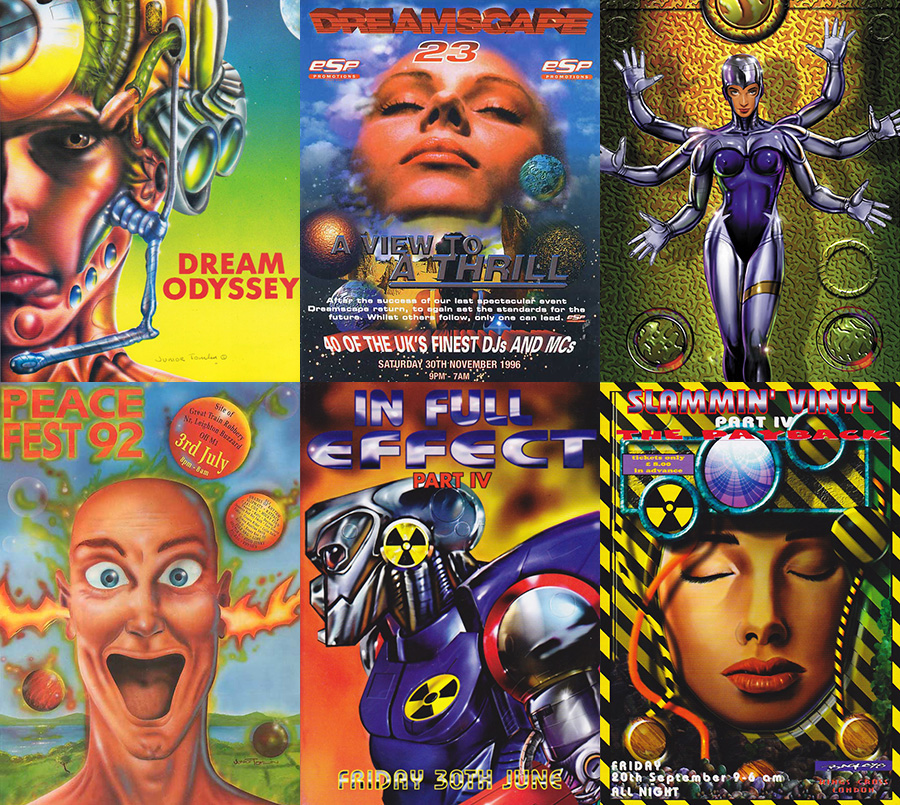 You may even have a few examples of Junior's work in your record/CD collection as he also produced record cover artwork for major dance artists of the time including Renegade Soundwave, Shades of Rhythm and Messiah, as well as numerous other records for labels such as Kickin' Records, React, ZTT and Mute Records. 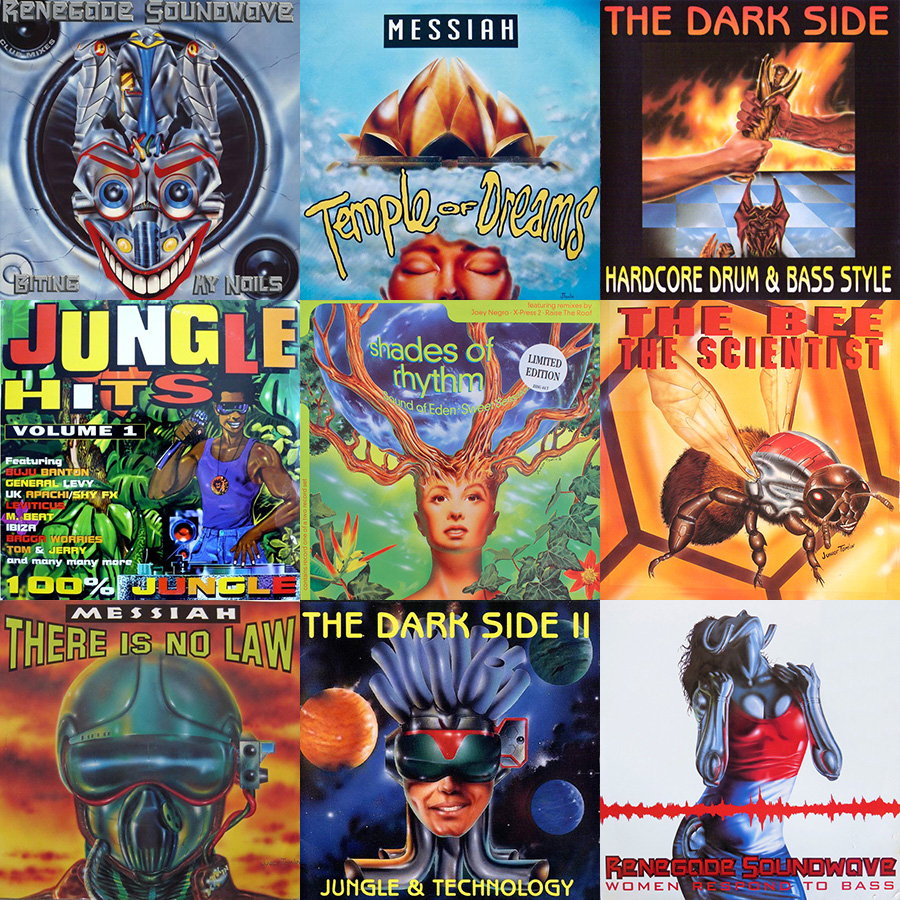 
For much of November, a selection of Junior's digital artwork will be on display at Zenubian in Lewisham, with a special preview evening taking place on Friday the 2nd (from 7-10pm). The theme of the exhibition is Afrofuturism - a recurring motif in much of Junior's work - and will predominantly feature Junior's digital works alongside some examples of early flyers and record covers.

For a sneak preview of the AFROFUTURES Exhibition see below (click to enlarge): 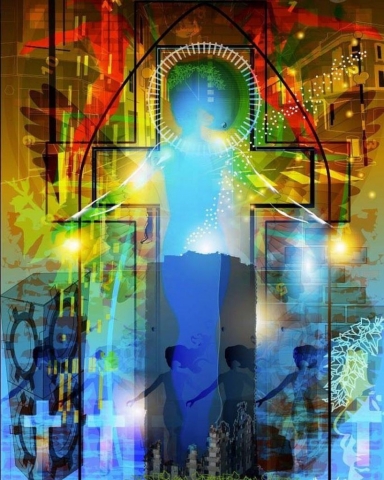 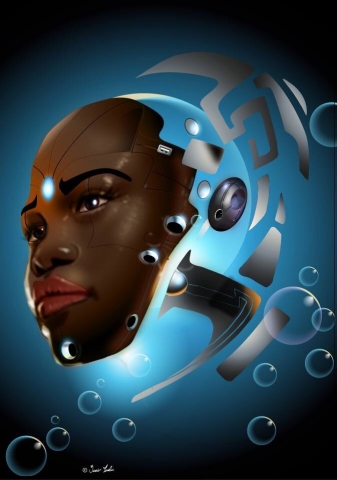 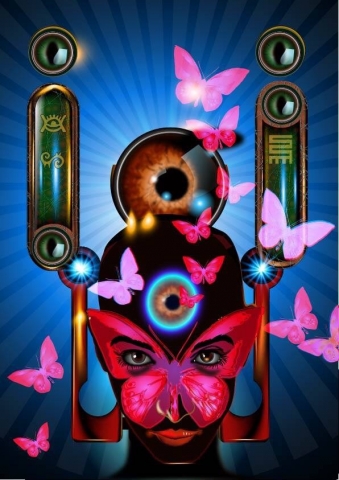 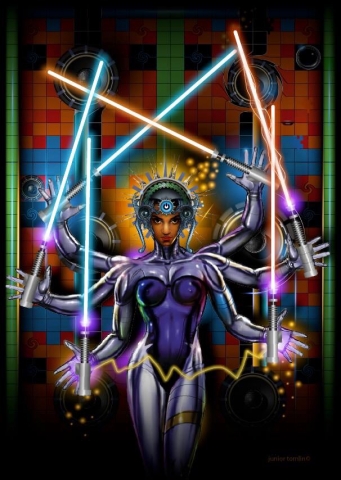 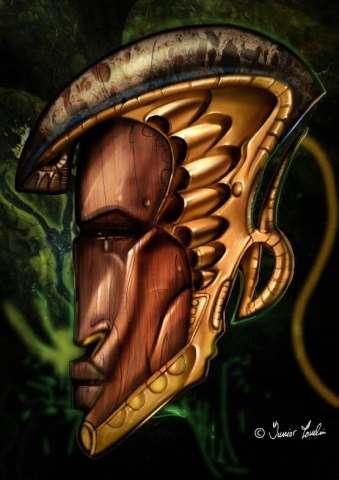 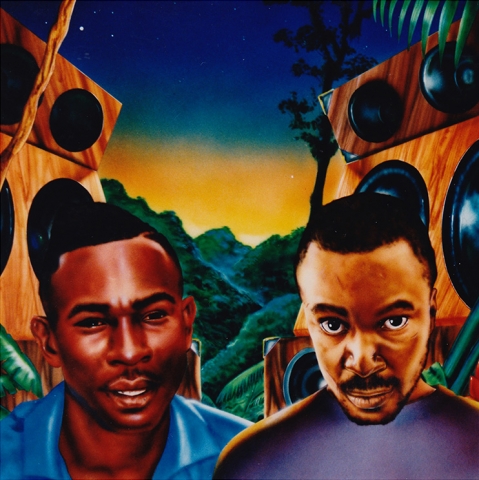 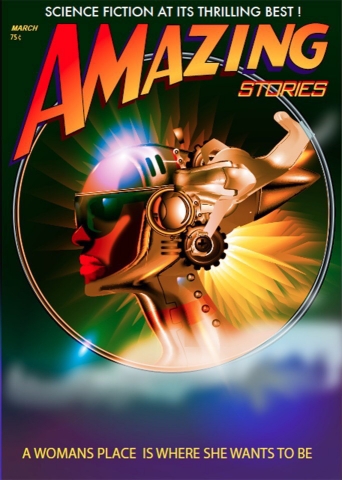 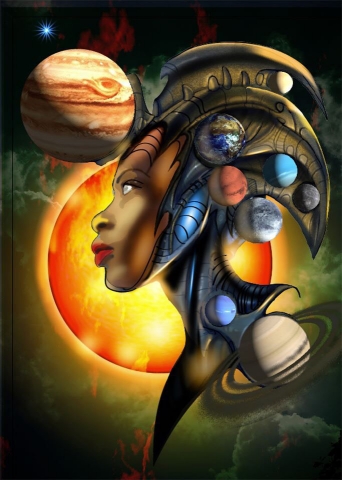 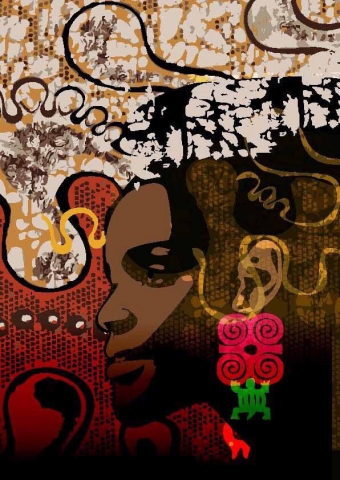 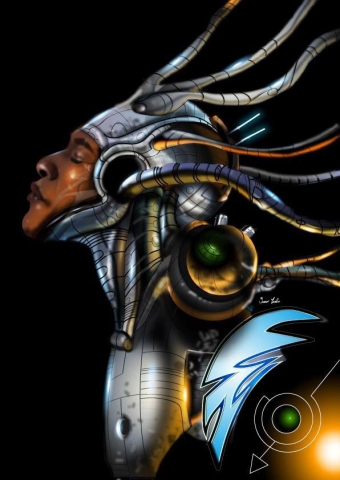 If your bedroom walls were once adorned with Junior Tomlin's flyer artwork then you may be interested to know that the various pieces on display at the exhibition will also be available for purchase (as well as offering a print-on-demand service via his Facebook and Instagram accounts). This is your opportunity to own and proudly display a piece of artwork from one of rave culture's most influential and celebrated artists.

The exhibition at Zenubian (136 Hither Green Lane, Lewisham, SE13 6QA) runs until Friday the 23rd November. For further information visit Zenubian's website or call them on 020 8265 4854.

Tickets for the opening night of Junior Tomlin's AFROFUTURES exhibition are free and available from Eventbrite.