Just over a week ago, DJ and Producer Majestic and The Wide Boys supported Centreforce Radio's 24-hour marathon radio show, ‘Balls to Cancer’ raising over £6000 for testicular cancer.

Both Majestic and Wide Boys along with the Cockney Rejects, Dolly Rockers, Tenacious, Alex P, Joe Varni and other Centreforce DJs all got in the mix with Pasha, Master Pasha, Max Fernandez and Peter P who hosted the mammoth session.

The DAB+ dance music station, based in Waltham Abbey in Essex, kicked off the show on Saturday 13th April from 12pm. DJs auctioned off items including a signed boxing glove by Anthony Joshua, a signed West Ham shirt, Roberto Duran signed shorts, Jo Malone candles and much more.

As well as the marathon show, there was also a family fun day that took place on the premises from 12pm to 4pm at the Pixel Business Centre. Activities included face painting, dog training with Britannia K9 Security and giant inflatables. 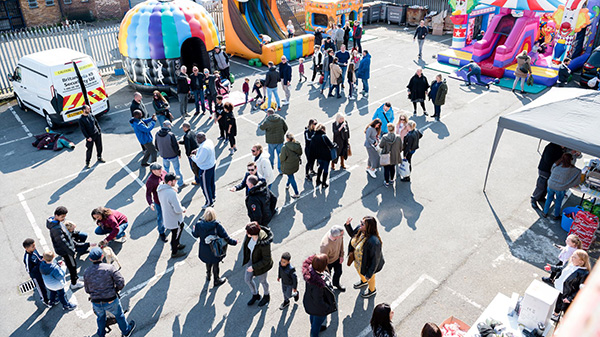 Founder of Centreforce Radio, Andy Swallow said: “A huge thanks to the Cockney Rejects, Majestic and The Wide Boys who all dropped in for an interview or special guest mix. The atmosphere in the studio was electric as everyone got involved including our own tech house and old school DJs.

“We would also like to thank those who donated to Balls to Cancer from listeners to local businesses who contributed. We smashed our £5000 target, and with everything included, we should hit £6000 and if this can help someone’s fight against cancer then we are proud to help make a difference.

“We are the people’s station and charity and our listeners are our priority and we’ll be looking to do more charity events throughout the year.” 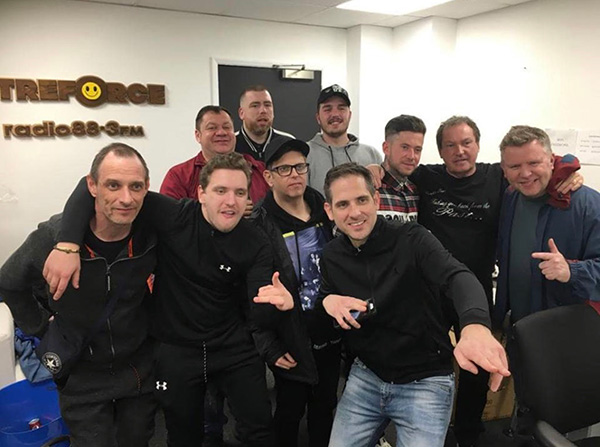 Photo of all the DJs with Majestic and Wide Boys who dropped in as well as Dolly Rockers, Tenacious, Joe Varni, Bubbler, Joey G, Rooney, Seeker, Jack Bass and Danny Lines.

Centreforce Radio was originally a pirate radio station back in 1989 and was then on Time FM as Centreforce Sessions during the early 2000s. Last month we were fortunate enough to interview Pasha and Master Pasha regarding the history of the station. Centreforce Radio, predominantly a house music station, is back and went DAB+ live July 2018 and is available DAB+ in London and the Home Counties. Centreforce Radio, which is also available online at www.centreforceradio.com, is available in over 200 countries and has over 40,000 followers on social media. 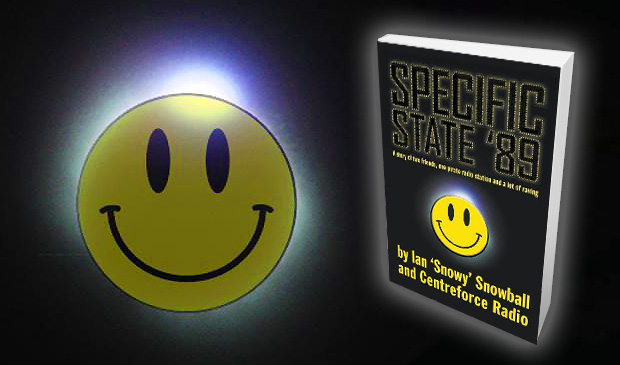