In 1988 the acid house/techno/hardcore legend Mark Archer released his debut record as one half of Rhythm Mode:D. For anyone who's read Archer's acclaimed autobiography "The Man Behind The Mask" the rest is literally history. Dance music history to be precise.

The list of aliases and projects that followed now serve to cement Archer's much-deserved legacy as one of the UK's most influential and prolific dance music producers: Bizarre Inc, Nexus 21, Altern 8, DJ Nex, Slo Moshun, Trackman, and Xen Mantra - that's one hell of a CV!

Next year will mark 30 years in the game for Mark Archer and whether playing a DJ set under his own name or donning the mask for a bit of full-on hysteria, every gig in 2018 will form part of the "Man Behind The Mask 30 Year Anniversary Tour". Mark recently told iDJ Magazine, "any gig I have after midnight new year's eve for the whole of 2018 will be part of the 30 years tour, and it will go on until the following new year's eve where we'll do a big party for the end of the tour".

"The Man Behind The Mask" couldn't be a more fitting title for the tour given that the name Mark Archer is now just as big a draw as his aliases, as evidenced recently at massive performances at festivals such as Glastonbury, Bestival and EDC in Vegas. Archer is also a resident DJ at The Acid Experiment, Field Maneuvers Festival and Bangface.

The full Mark Archer story is a fascinating and ultimately inspiring tale detailing the highest of highs and the lowest of lows - well worth a read if you've not already and a perfect Christmas gift to yourself! You can read our full review here and buy your copy directly from Music Mondays.

Tour dates for the "Man Behind The Mask 30 Year Anniversary Tour" are released next month and the full list will be posted as soon as they come available. 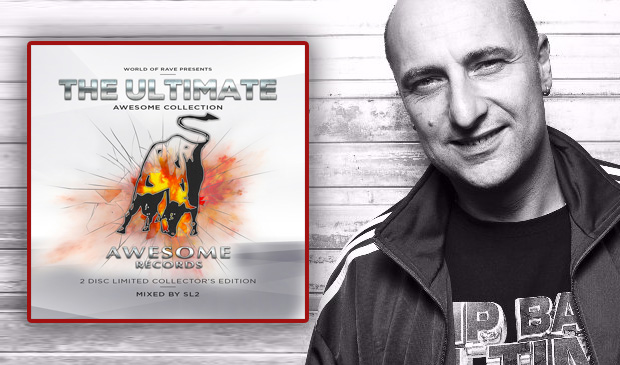