A new documentary charting the rise of Drum & Bass is due to hit cinemas and Sky Box Office next month.

"United Nation: Three Decades of Drum & Bass" charts the rise of drum & bass from its late 80's / early 90's origins in the hardcore and jungle scene, right up to it's modern-day status as a worldwide cultural phenomenon.

Directed and produced by Terry Stone and Richard Turner, the film is set to feature a wealth of archive footage alongside contributions from many figureheads of the scene. Interviews with DJ Fresh, Andy C, Sigma, Hype, Ragga Twins, Adam F, SASASAS, DJ Rap, Grooverider, Fabio, Jumping Jack Frost, Nicky Blackmarket, Ray Keith, DJ Brockie, Rat Pack and many more serve to document the highs and lows of one of the most significant musical movements of modern times.

Moving from the early illegal raves, via the Criminal Justice Act, to mainstream clubs and festivals, the 'scene' in all its permutations has survived and thrived, heavily influencing not only the UK's homegrown garage and grime scenes but the global electronic dance music scene as a whole. 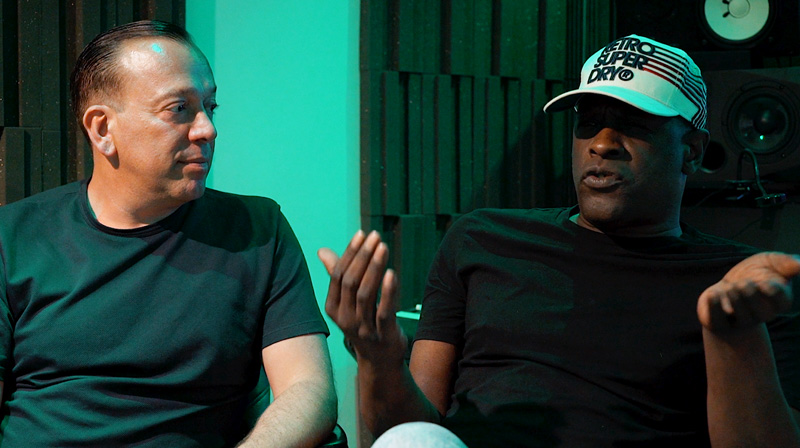 Given director Terry "Turbo" Stone's history as promoter and founder of the legendary One Nation raves this promises to not only document the public-facing aspects of the scene but to also offer a behind-the-scenes look at the real machinations of the rave scene in it's infancy. This may have been a scene founded on peace, love and respect but it also had some serious issues with violence; there was a lot of money at stake during those early, unregulated years, and gangland culture wasn't going to just sit back and not want a piece of the pie.

Terry Stone's entrepreneurial spirit took him from handing out flyers for other people's events to being one of the most important club promoters of the era, and is clearly coming at this project from a place of affection for a scene to which he's contributed so much. Terry says, "It's great to go back in time and do a film/documentary of this music revolution, this has never seen before content that will have your eyes-peeled and jaw-dropped. It's amazing to be part of such a huge music revolution."

"United Nation: Three Decades of Drum & Bass" tells the behind-the-scene story of what was truly going on, away from the eyes of the 'sorted' masses on the dance floors: the guns, the drugs, the sex, the knives, the gangs and, of course, the artists and performers who, despite all this, helped create something truly incredible: a musical revolution that continues to influence and inspire a whole new generation.

The VIP World Premiere will be held on Saturday 15th Feb at The Troxy. It will be followed by an old skool drum & bass / jungle night by the founder and award-winning promoter of One Nation, Terry Turbo who is coming out of retirement for this special night. For tickets please visit here.