In a scene dominated by retro events and Old Skool compilations there's a lot to be said for discovering new music. Remember the buzz of buying new tunes? Compilation's such as React's The Dark Side and Kickin's Hardleaders series made the underground accessible and brought the dancefloor to our homes.

Following the sell-out success of last year's Calling The Hardcore: Volume 1, Rave Radio Records returns with an unparalleled collection of original and previously unreleased Breakbeat Hardcore and Jungle Techno tunes. Much like with Volume 1, the sophomore release gets full support from the pioneers of the original scene as well as artists currently making waves in the underground. The triple-vinyl release includes contributions from the likes of DJ Seduction, Luna-C, Ron Wells, Dave Skywalker, DJ Jedi, Ten Tun, Damage Inc, DJ Junk, Vinyl Junkie, Insane & Mind, DJ Nee and Try Unity. If this wasn't authentic enough the album's original artwork has yet again been created by none other than Junior Tomlin himself!

This is a solid album devoid of filler and it's hard to pick favourites, but if I really had to... Luna-C opens the album with a tune called System Down proving once again that Chris Howell is an exceptional producer at the top of his game - System Down is a tune that sounds on one hand familiar with it's Vamp-inspired piano stabs but equally fresh with it's crisp breaks and deep basslines. Damage Inc and DJ Junk both bring tough but uplifting breakbeat tunes reminiscent of the output of '92-era Strictly Hardcore records - all major strings and sub bass. Seduction reminds us why he's so highly regarded in the scene by delivering "Shine On"; a blend of hands-in-the-air pianos contrasted with dark hoovers. Rave Radio Records' own Try Unity prove their versatility with the aptly titled "A Darker Way" in which their beautiful dream-like vocals give way to dark synths reminiscent of DJ Distroi & Boykz' classic "Darkside". This is an album that acknowledges it's heritage while bringing something completely new to the world of breakbeat hardcore and jungle techno. No tune embodies this more than Ron Well's "Rebirth" - a beautiful track steeped in a genre he pioneered 30 years ago that still sounds as fresh and current today as any other new release.

If you're a home listener and don't own a set of decks then have no fear as the album also comes with free 320kbps MP3 downloads. Calling The Hardcore: Volume 2 is available for pre-order now and can be picked up now at a discounted £27.99 (standard release price of £31.99). With tunes of this calibre it's sure to sell out quickly - if you want to stay ahead of the curve get your pre-order in soon.

"Calling The Hardcore: Volume 2" is available for pre-order here.

Preview all tracks below: 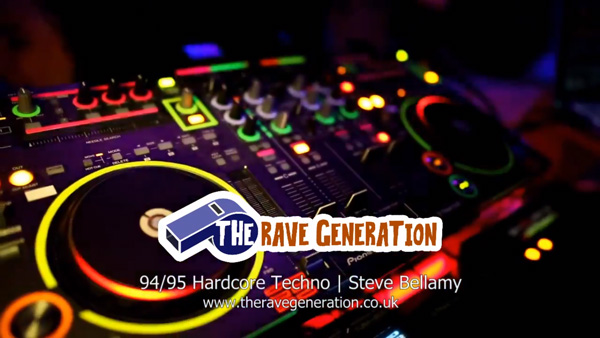