Being only 13 years old in 1991, the sight of two guys in chemical warfare suits on Top of the Pops stood either side of a 12 foot android left a deep and lasting impression. It came at a time when rave acts were just starting to appear in the mainstream and tracks by The Prodigy and Bizarre Inc were getting more and more radio airtime. That particular performance really resonated with me and cemented my attraction to the sounds of acid house and breakbeat hardcore; this was something I could really get behind.

When the album "Full On... Mask Hysteria" was released the following year I snapped it up and immediately fell in love with tracks such as "Move My Body", "Frequency" and "Armageddon" - the perfect blend of breakbeats, stabby synths and familiar samples influenced by Detroit techno. The imagery from that Top of the Pops performance stuck in my head - if a post-apocalyptic world had a soundtrack then this was it!

As I got older I immersed myself in the rave culture of the nineties, and the nu-rave / old-skool revival of the noughties. For the next twenty five years my copy of "Full On... Mask Hysteria" was always on heavy rotation both at home and in the car - I always considered it a solid album with no filler. However, as a band, Altern-8 were a bit of an enigma - just a couple of cool guys doing what they love, but I knew so very little about the band. Until now...

When I became aware that Mark Archer - one half of Altern-8 - was writing a book I couldn't wait to get my hands on a copy. To a certain generation, the DJ's and producers of nineties rave / hardcore are our rock stars and this book was going to be something special. I wasn't disappointed.

Before I go any further let me cut to the chase, if you have an interest in Altern-8 or the history of rave culture then you are very much going to enjoy this book. However, although it's packed with great stories of live gigs, TV performances (the description of their experiences with Top of the Pops is a particularly entertaining section) and PR stunts that have become the stuff of legend, what is most engaging about this book is Mark Archer himself.

Mark Archer is not the extrovert you might imagine him to be given the image projected by the band. Early chapters document his experiences growing up in rural Staffordshire as a painfully shy, socially awkward teenager. Archer's honesty is truly refreshing when describing the bullying that he was subjected to and how that has shaped the man he is today. He describes incidents and scenarios that will be familiar to many but often not spoken about. At one point he attributes "being a recluse" as the catalyst for his first forays into mixing (albeit using cassette tapes - something he describes a "pause-button mixing").

The book provides a thorough account of the rise and subsequent break up of Altern 8.

The book follows each step of Mark Archer's musical journey often with box-outs of supplemental information and tracklists that add extra depth. From an interest in the breakdancing and electro scene, via the discovery of house music, Archer finally arrived at his true passion - Detroit techno. It's at this point that he co-founded Nexus 21 with Chris Peat - a partnership that soon led them to work alongside some of the pioneers of the genre including Derrick May, Juan Atkins and Kevin Saunderson.

The book features four full-coloured glossy-paged image sections documenting the rise of Nexus 21 and the eventual birth of Altern 8, most of which are from Archer's personal collection and haven't been previously published. A photo of his younger self with Derrick May and Juan Atkins is captioned "Stay calm Archer, stay calm" - a typically humble view of the situation given his status as one of the pioneers of the British rave scene.

Following the days of Nexus 21, the rise and eventual split of Altern 8 is covered in great detail (Archer's disinterest in drugs probably helped with this!), as is the gradual disintegration of the relationship between Mark Archer and Chris Peat. This is a remarkable story that goes to show that in the music industry the descent can be just as swift as the ascent. Just as in the early chapters, Archer doesn't shy away from opening up about some very personal issues when describing the post-Altern 8 years including his battle with depression.

Without giving too much away, the final chapters pack quite an emotional punch and you'll find yourself massively rooting for Archer when new opportunities to produce and perform arise. As you get to know and understand Mark Archer it's incredibly satisfying that this book ends on a real high note, and is as uplifting as any one of his many tunes.

Signed copies of the book are available.

This is a multi-layered tale of rave hedonism and brutally honest realism. Aside from the many wonderful anecdotes and glimpses into the early rave scene on offer in this book, it's incredibly refreshing to read an autobiography that tackles personal issues head on; issues that many face but find difficult to share. I'm quite sure that thanks to Mark Archer's open account, many readers of this book will be able to identify with, or relate to, some aspect of his personal experiences.

As a producer, Mark Archer's influence on British dance music shouldn't be underestimated, and this book only serves to cement his reputation as one of the nicest guys in the rave scene!

Mark Archer's "The Man Behind the Mask" can be bought from Music Mondays. 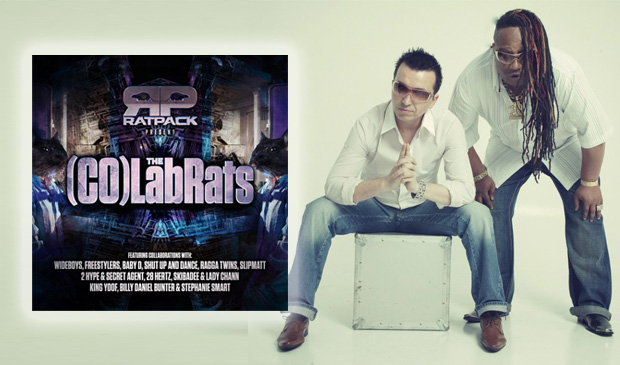