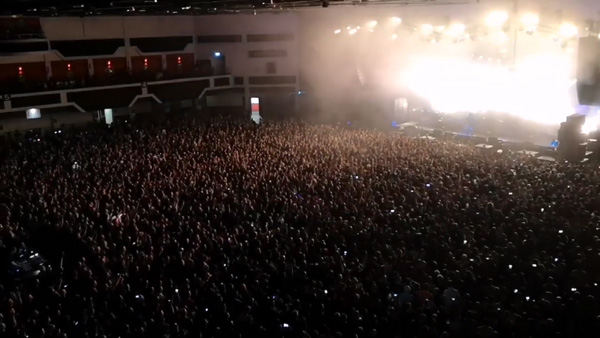 It's less than a week before The Prodigy's new album gets it's full release so if you've not been following the band's social media campaign, this is what you've missed...

In July this year The Prodigy announced the long-awaited follow-up to 2015's The Day Is My Enemy on their independent Take Me To The Hospital label. Their seventh studio album - titled No Tourists - is released on the 2nd of November and for the past four months fans of the band have been drip-fed new material (four new tunes in total) culminating in Thursday's release of the old-skool-tinged "We Live Forever".

What do we know so far? Well, quite a bit actually...

1) The new album will be called No Tourists because, as the band explained, “to us, No Tourists is ultimately about escapism and the want and need to be derailed. Don’t be a tourist - there is always more danger and excitement to be found if you stray from the set path.” Liam has also stated that the album is very much "a band album" with vocals contributed by both Maxim and Keith.

2) The album will feature ten tracks (four of which have already debuted):

3) The album artwork features a black doubledecker bus (number 7) bearing the destination of The Four Aces, Dalston Lane, Hackney. What's the significance? Well, it's assumed that the number 7 alludes to the fact that this is the seventh studio album, whereas the destination is a reference to the bands roots in the UK's burgeoning rave scene. In 1990 the band were regulars at London club The Four Aces in Dalston which, at the time, was home to the now-legendary club night Labrynth (which happens to be celebrating it's 30th birthday next month). During one fateful night at Labrynth the band approached promoter Joe Wiezcorek who gave them their first ever gig, kickstarting a career that's spanned nearly 30 years. You can read more about how that night in our interview with Joe. 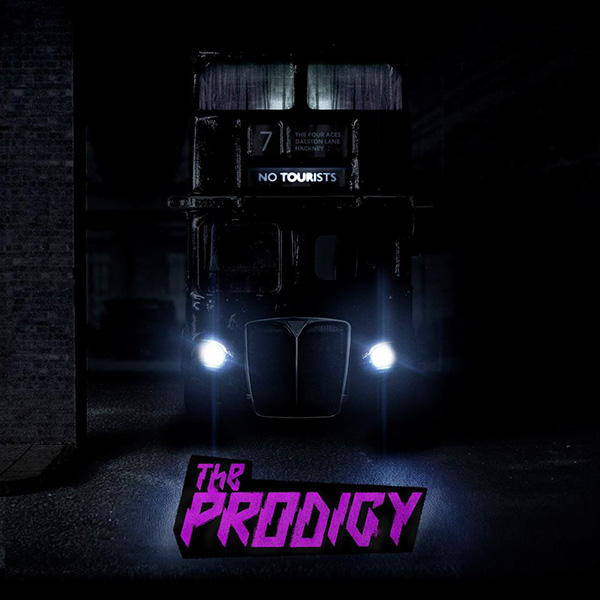 Album artwork for "No Tourists"

4) The album will be supported by a UK tour in November (including two nights at Alexandra Palace) followed by a series of dates across Europe, Australia and New Zealand. According to Liam Howlett, the album was written with the stage in mind. “That’s the one thing that brings everything together,” he explained. “I couldn’t write this music unless it has that outlet on stage. That helps write the music. This is what I do it for: the live thing. And until we feel like we can’t do it, or the buzz goes, we won’t stop.” Full tour dates and tickets are available here.

5) The album will be released in numerous formats/bundles. While we all new that vinyl was having something of a renaissance, who new that cassettes were making a comeback? Aside from the usual streaming services the album will get a CD, vinyl, clear vinyl and cassette tape release with "Deluxe" and "Super Deluxe" bundles offering a range of formats in addition to tee-shirts and diecast replicas of the album's black doubledecker. A quick visit to the official website reveals a wide range of options for buying the album.

6) The album is shaping up to be a very worthy addition to The Prodigy legacy, gaining a lot of positive attention on social media. If you've not yet heard their new material read on...

First release "Need Some1" offers a taste of the aggressive and punchy sound of the new album with it's urgent beats overlaid with an infectious yet simple synth hook and old skool Loleatta Holloway vocals. You just know that this is going to play well in the live shows:

The second release is a pure example of the band's trademark sound; an acid rock banger blending distorted guitars with squelching 303's. We cannot get enough of this tune and we're pretty sure it samples the band's own "Voodoo People" and Breathe":

The first collaboration to be released sees the band pair up with American hip-hop group Ho99o9 (pronounced "Horror"). Compared to the previous releases this is a more down-tempo affair but still with The Prodigy's typical heavy-hitting style and energy. Ho99o9 will also be supporting the band on some of their UK dates:

The final release before the album's official launch features a vocal hook courtesy of the Ultramagnetic MC's and totally embraces the bands rave-origins with it's synth stabs, clattering breakbeats and optimistic vocals:

No Tourists is released on November the 2nd and is available here.