Now in it's third consecutive year The Rave Story 2018 set up home last week in Club Aquarium, once again bringing rave fans together from across the country.

For those not familiar with the format The Rave Story is a three-day celebration of old skool and jungle culture encompassing rave-inspired art and photography (both Pez and Junior Tomlin were in attendance), hard-to-find vinyl in the form of a pop-up record shop, professional workshops, a series of seminars and a final night of raving-revelry courtesy of the scene's finest. 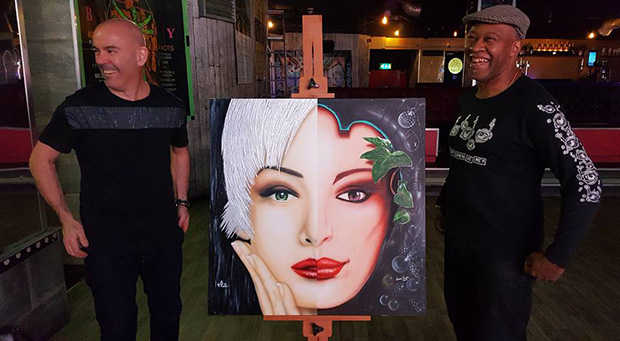 Pez and Junior Tomlin with an original collaboration auctioned for charity

This year I was lucky enough to make it to London for the final day and attend both the final seminar and afterparty. On its final night the subjects of the seminar were the DJs and MCs that helped shape the scene. In attendance were The Ragga Twins, Ratpack, Chalkie White, MC Flux and 2 Bad Mice. Although Phantasy was scheduled to appear his absence was wholly understandable given the recent tragic passing of Stormin MC. The evening, as with each previous seminar, was broken into two parts - a more structured first half overseen by Uncle Dugs followed by a second half in which the audience were invited to ask questions.

The evening's seminar was captivating from start to finish and each speaker shared numerous anecdotes and personal experiences from their involvement in the scene. Although there were the inevitable moments in which absurdity ruled (my eyes will never be able to unsee MC Flux giving Sean O'Keefe a lapdance), equal time was spent on the tales that were genuinely moving. Chalkie White in particular managed to bring the room to a hushed silence when describing his battle with addiction and elicited the first standing ovation of the night. Chalkie delivering his story to a rapt crowd was a truly memorable moment and his upcoming book will no doubt be essential reading. 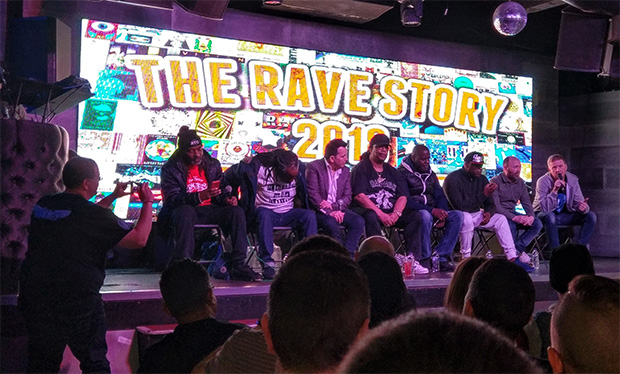 There were several revelations throughout the night; MC Flux finally fessing up to his whereabouts twenty five years ago when he went missing for two days in Mexico whilst on tour with 2 Bad Mice became a recurring joke (hint: VHS evidence may exist somewhere available via "specialist" retail outlets). Also, Evenson Allen confirmed that there will be a follow-up to CoLabRats and that Flux will be invited to contribute. We were also treated to an impromptu beatboxing session from LipMaster Mark, and The Ragga Twins demonstrated what they do best to huge applause.

Other memorable moments were RatPack recalling their first overseas flights and being so stoned that Evenson thought his giggles would hospitalise him, Si from 2 Bad Mice describing a time where he had to tell a promoter that his "live" performance consisted of pressing play on a DAT, and a respectful standing ovation for both Tango and Stormin. 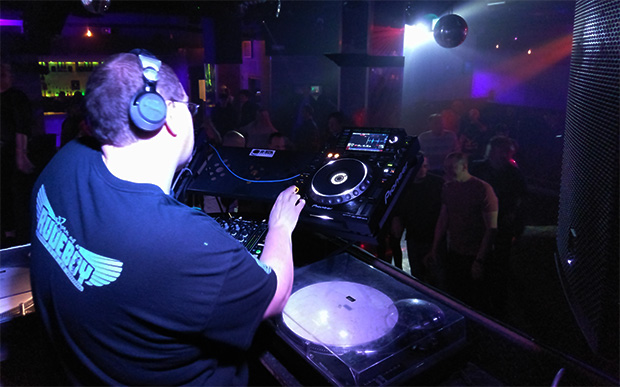 Before and after the seminar the guest speakers were more than happy to spend time engaging with the crowd, chatting and posing for photos. Also present on the night, Slipmatt, Billy "Daniel" Bunter, Fat Controller, Uncle Dugs and Joe Labrynth also made themselves available to fans keen to meet their rave heroes and grab a cheeky selfie. I spoke with several other punters that evening who commented on the laid back atmosphere and the level of interaction between the artists and punters. 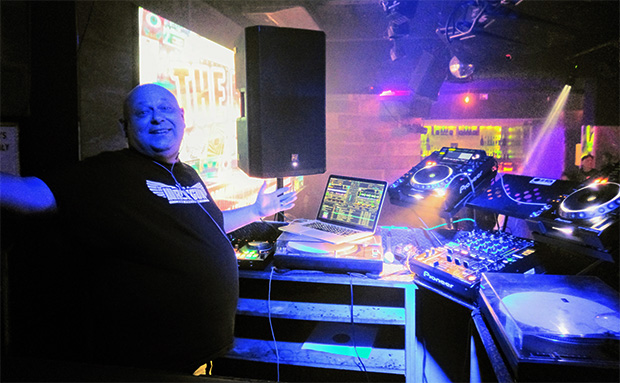 Following the seminar 2 Bad Mice, Uncle Dugs, Billy "Daniel" Bunter and Fat Controller took to the decks for five hours of old skool and jungle classics while Flux hyped the crowd. The sound system at Aquarium was excellent and jungle anthems "Terrorist" and "Super Sharp Shooter" hit you right in the chest.

Without a doubt, this year's offering will have firmly established The Rave Story as a staple in the old skool calendar and an essential event that both enriches and celebrates rave and jungle culture. Roll on 2019!